In this blog post we will examine a concept that we all know as animal trainers and contemplate its applicability to us as human learners! And this concept is ‘The trust account’. (Note this blog is a segment taken from a presentation called “Ten things training birds can teach you about working with people” & that I presented at the IAATE {The International Association of Avian Trainers & Educators} conference at the start of March). You can see a video version of this blog below ⬇️

The trust account is a term I first heard from Steve Martin & Susan Friedman. And you can read more from them and about this concept in an article they co-wrote called “The power of trust” (See on the behaviour works website HERE. And on the NEI website HERE).

In my paraphrased version the concept is basically that; every interaction you have with your animal/learner is either putting a deposit in your trust account or making a withdrawal. Much like putting money in an actual bank account. To have a healthy account you want to make as many deposits as possible and have as few withdrawals as possible… But if you do have lots of money in there (or positive interactions in your trust account) when you do have to make a withdrawal there is still plenty left, and you are not going to go bankrupt

In that article I mentioned earlier Susan & Steve write… {EXTRA LEARNING}  ➡️ want to LEARN even more about how to build trust! See this previous ATA blog post written by Carol Milner about building it with her dog Odie

I learned this lesson really well when thinking waaaaay back to my university days… before I had any idea about positive reinforcement or anything to do with Animal Training.

The photo below is not me… It’s actually my best man from my wedding Vincent Bennet! Who I met in university, who still lives 15 minutes down the road from me & it still one of my closest friends! And in university we lived in the same student flat @ # 68 Raroa Road, Kelburn, Wellington New Zealand. 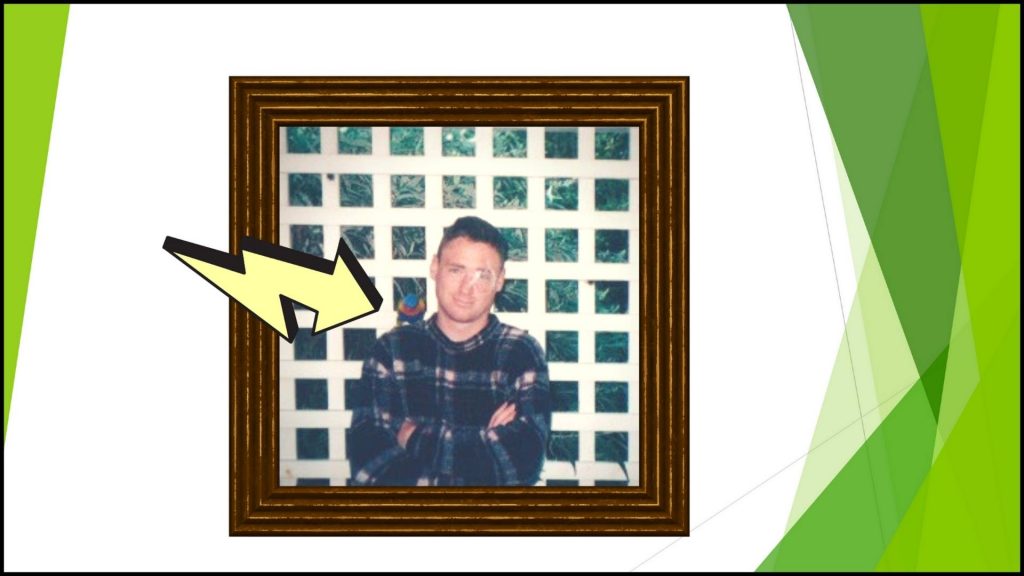 And , this photo was taken after Vicent had laser eye surgery… Hence why you might be able to see a patch over one of his eyes – its one of the few photos I have (we still had the Nokia’s back then – you know the one’s with that game snake on them – no camera), of Harry! Right there sitting on Vincent’s shoulder you might be able to see Him – He is an Australian Rainbow lorikeet who lived with me during university! Harry the lorikeet is still alive and now lives with a group of other lorikeets here in a private collection in New Zealand!

Now If I knew then what I know now – there’s no way I would have ever acquired harry back then! My life and our student flat wasn’t the best place for him, I had no idea what I was doing and so I did do things sometimes like towel him to get him back in his cage. Obviously if I could go back in time, I would do things very differently. And I do feel really sorry for Harry that he had to experience young me but acknowledge that many of us worked with animals before we knew what we were doing and we can’t change our past & what we did, but we can be grateful for the lessons that we learned & that these animals taught us!…

And I will never forget that when Harry and I moved into the same student flat as Vince, (so we lived somewhere else before that) when all the humans living in the house would go and spend time in our lounge area together, Harry started to choose to go and sit with Vincent instead of me. Vincent was much more organised then young I, and came pre-prepared for couch time with slices of apple and various other fruits and would non-stop engage and play with Harry – more then I! would.

If Vincent wasn’t there, Harry would be by me. If Vince was there Harry would be by Vince! I will never forget this! It kinda upset me at the time but, now I obviously understand that behaviour goes where reinforcement flows… And in the context of the lounge , Vince was “The provider of predictable and pleasant events” … Over time and in this context, he was putting more deposits in the trust account than I! And remember I did occasionally take significant withdrawals! 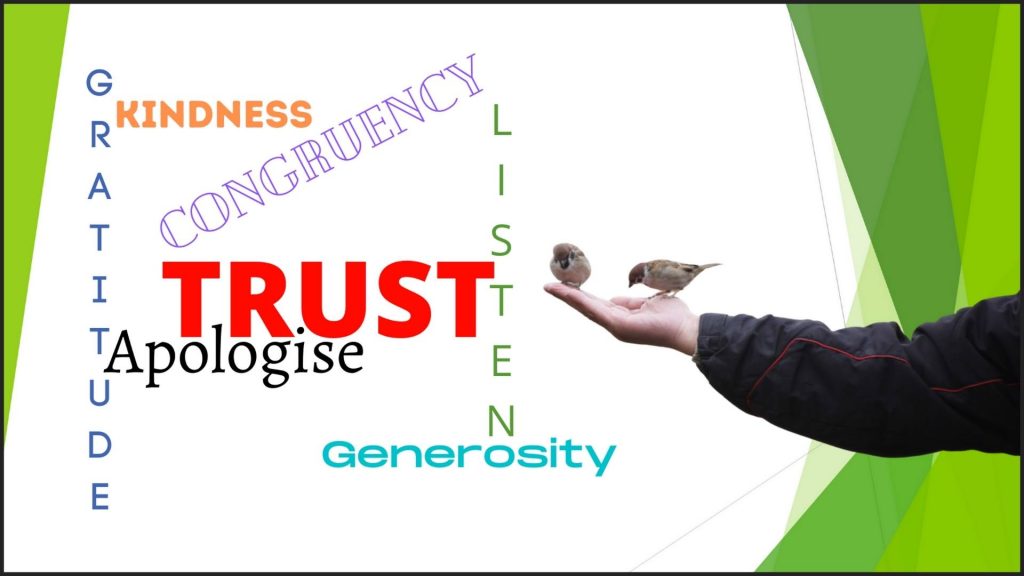 Steven Covey – the author of “the seven habits of highly effective people” has a similar term he calls the emotional bank account when thinking about these ideas with people!

And I think Harry’s lessons way back then in the living room dynamics of 68 Raroa Road remind me of the importance and value of considering these lessons to the best of our abilities with each other in how any/every interaction we have is hypothetically putting deposits in our trust account or taking them out. Some examples in the human world, might be; You know I didn’t even pack a bow tie… That one you see me wearing Vince brought that one for me – just in case I forgot – he knows me too well! – Another deposit in the trust account​!

What about you – what does trust mean to you? Do you have any stories? I would love to hear them, you can leave a comment below and let us know!