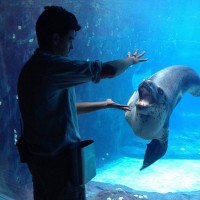 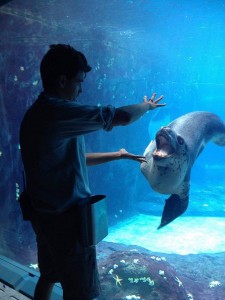 02:45 Ryan Tells us about where her first started learning about and using positive reinforcement animal training.

08:27 Ryan shares a great story about what he learned from training storm the Australian Fur seal at Taronga Zoo in Sydney, Australia.

12:27 Ryan shares his thoughts on the importance of writing good training plans.

13:47 Ryan shares a great story about the importance of reaching out to others, especially when training a new behavior or species.

15:43 Ryan talks about the importance of have a good understanding of the behavior quadrant. 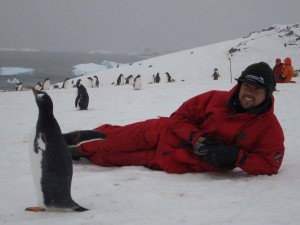 17:51 Ryan shares his experience training animals for film and his strategy for maintaining reinforcement over long durations/periods of time.

27:50 Ryan shares thoughts from his experience in how scent work has assisted in decreasing undesirable behaviors with some dogs and the importance of a holistic approach when managing animal behavior.

31:10 In this part of the podcast Ryan talks about his experience on the Australian TV show catalyst where he participated in a 2-part episode all about the science of modern dog training [scroll to the bottom of the page to see the TV show]

35:21 Ryan Shares an important lesson he learned whilst training a dog to accept tactile interactions from strangers.

38:48 Ryan talks about the importance of understanding your animal’s individual preference for different reinforcers and coins the phrase “what does your animal go nuts for?”

40:27 Ryan shares his vision for the future and what he would like to see happen in the animal training world in the next 5-10 years.

CLICK HERE to be taken to Ryan’s website to learn more about him, his animals and his services. 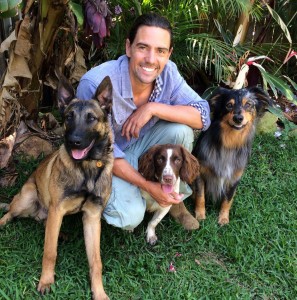 Ryan Tate is a professional animal trainer. He is a qualified Marine Biologist, Zookeeper, Dog Trainer and Trainer and Assessor.

After working full time as a Marine Mammal keeper for 13 years and holding the role as supervisor of Marine Mammals at Taronga Zoo for 5 years, Ryan decided to become a casual zookeeper and shifted his focus to his own business. Ryan’s CV also includes working in Antarctica as a guest lecturer on board vessels, appearing on ABCs catalyst program as an animal behaviour consultant, radio guest speaking on 2UE and numerous live presentations with his family of animals.

Ryan has 5 dogs (a Shepherd X, Shetland Sheepdog, Australian Shepherd, Springer Spaniel and a Belgian Malinois) all of whom are trained and actively working in detection from Narcotics and Invasive pest species to Truffles and Native Animals. The most impressive animal in the family is a Pigeon by the name of Alfred who is trained for free flight demonstrations and media work and seems to have complete control over all the dogs.