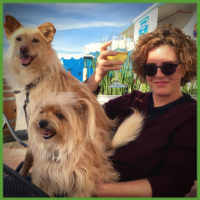 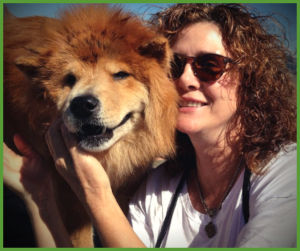 Jean is the founder and principal instructor of The Academy for Dog Trainers.  The Academy is celebrating its twentieth anniversary in 2019.  She is a four-time winner of The Dog Writers’ Association of America’s Maxwell Award.  In 2017, Jean was recruited to create Dog Training 101 for The Great Courses.

Born in Montreal, Canada, Jean founded the Montreal Flyball Association, and Renaissance Dog Training, the first positive reinforcement-based school, and counseling service in the province.  Her own dogs and dogs she has trained have earned numerous titles and wins in a variety of dog sports, including OTCh, TDX, HIT and FDCh.  While a student, she worked as an adoption counselor at the Montreal SPCA and later served on its Board of Directors.  Before founding The Academy, Jean did exclusively referral aggression cases for six years.  She lives in Oakland, California, with her dog, Brian, adopted in 2015.