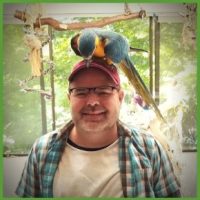 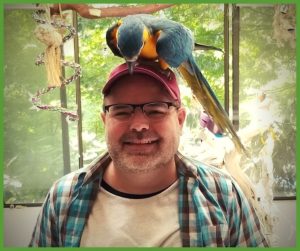 Dr. Eduardo J. Fernandez received his Ph.D. in Psychology (minors in Neuroscience and Animal Behavior) from Indiana University, where he worked with the Indianapolis and Cincinnati Zoo. He received his M.S. in Behavior Analysis from the University of North Texas, where he founded and was President of the Organization for Reinforcement Contingencies with Animals (ORCA). Most of his past and current work involves conducting research on the behavioral welfare of captive exotic animals found in zoos and aquariums. He has worked with close to 50 species of animals, with a focus on marine animals, carnivores, and primates. He is currently a Visiting Professor in the School of Behavior Analysis at Florida Institute of Technology. His past positions include an Affiliate Professorship in the Psychology Department at University of Washington, Research Fellowship with Woodland Park Zoo, and National Science Foundation Postdoctoral Fellowship. While working with UW and Woodland Park Zoo, he started the Behavioural Enrichment Animal Research (BEAR) group, which conducted welfare research with the African and Asian elephants, hippos, Humboldt penguins, grizzly bears, sun bears, sloth bears, Sumatran tigers, jaguars, African wild dogs, meerkats, golden lion tamarins, and ostriches located at the zoo. Eduardo also continues to run the Animal Reinforcement Forum (ARF), a former list serve and now Facebook group which is dedicated to group discussions on animal training and behavior from a scientific perspective.